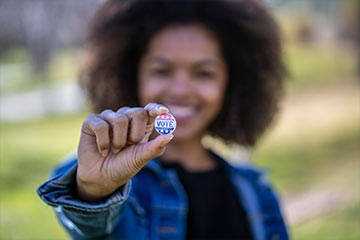 Is there a connection between civic engagement, voting and health? And how can understanding that help regional nonprofits improve their voter outreach efforts just days away from a historic election?

The Health Foundation of South Florida on Oct. 14th hosted a webinar to tackle these questions and more. Guest speakers included David Adler, from Robert Wood Johnson Foundation; Dr. Alejandro Portes, author of The Global Edge; Emmanuella Jean-Etienne from the Urban League of Broward County and Jackie Colon from the NALEO Educational Fund.

During the session, the Health Foundation also unveiled a series of interactive maps it commissioned to show voter turnout rates in Miami-Dade and Broward for the 2016 general election, and comparisons between the turnout in the 2014 midterms and the 2018 midterms. The maps help to visualize neighborhoods across the counties where there are high and low rates of voter turnout.

With voter participation so deeply connected to South Florida’s health, the intent of creating the maps is to arm health and community advocates with data that can inspire and focus voter engagement efforts in the coming days. Below are the maps:

If you have questions about the maps or the session, please email communications@hfsf.org.