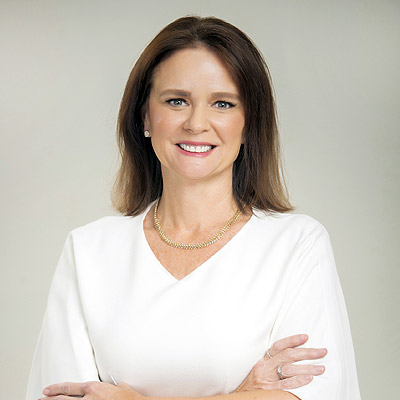 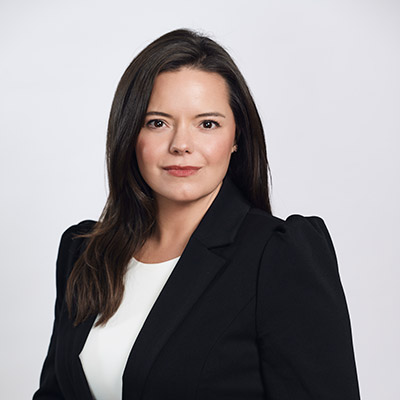 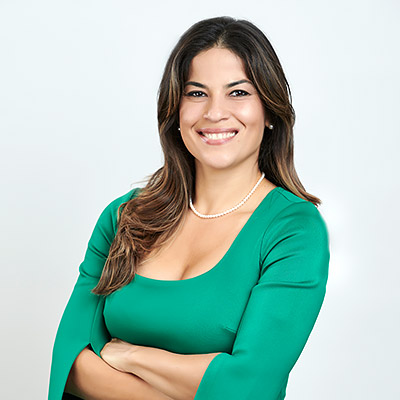 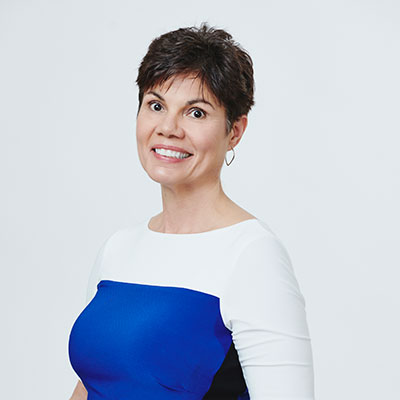 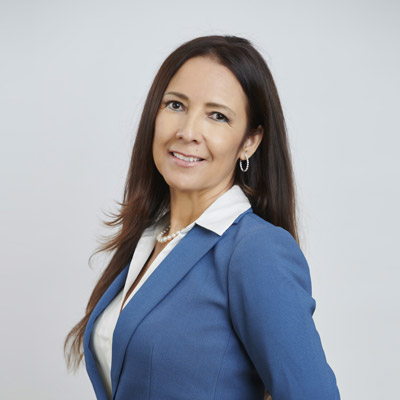 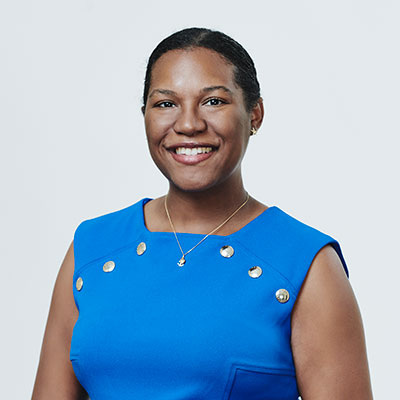 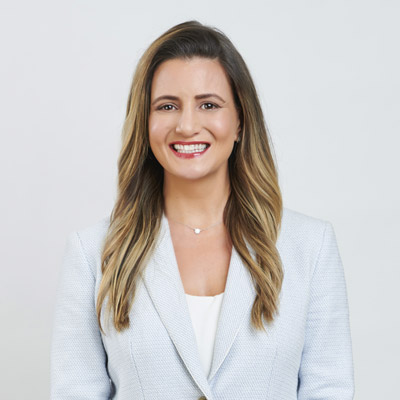 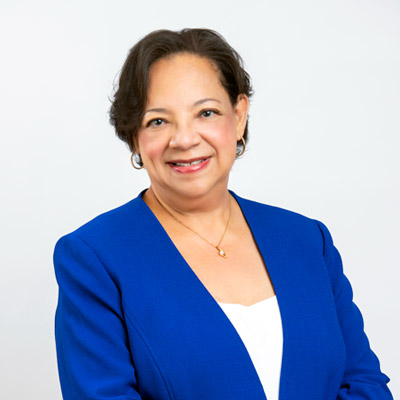 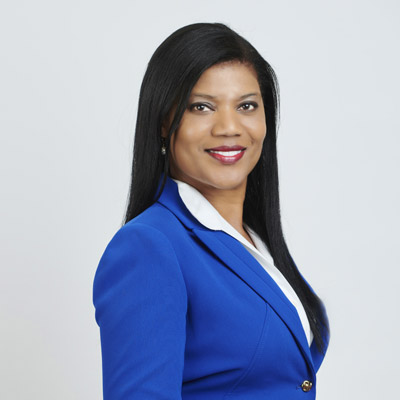 Loreen Chant was appointed President and CEO of the Health Foundation of South Florida in January 2021, becoming the 28-year-old organization’s first woman CEO. A community leader with nearly three decades of executive experience, Chant is responsible for leading the organization and ensuring its resources are leveraged to address the social and economic disparities and inequities that too often act as barriers to health.

Previously, Chant served as President and CEO of Easterseals South Florida, which provides vital services and supports for people and families with disabilities and young families living in poverty across Miami-Dade. Under her leadership, Easterseals experienced a period of transformative growth and achieved history-making fundraising milestones, as she drove visibility, engagement and relationships throughout the community. In addition, Chant spent more than 20 years working in higher education, serving as Vice President and then President of Johnson & Wales University’s North Miami Campus.

Chant served as a board member of the Health Foundation for 11 years, during which she helped guide its nationally recognized initiative, the Healthy Aging Regional Collaborative, as well as the launch of the Live Healthy Community Partnership initiatives in Little Havana and Miami Gardens. Chant has also served on the board of the United Way of Miami-Dade and was a Vice Chair of its Women’s Leadership Council. In addition, she is a board member of the Early Learning Coalition of Miami-Dade and Monroe Counties and served as an advisor to the Federal Reserve Bank of Atlanta, Miami Branch. Most recently, Chant served on the Miami-Dade County Mayor’s New Normal Taskforce for Childcare Centers and Summer Camps, helping develop protocols for the safe re-opening of essential children’s programs in spring 2020.

Well-known in South Florida for her community contributions and accomplishments, in 2015 Chant was recognized for effective leadership by the Latino Center on Aging. She is also the recipient of the Red Cross Sara Hopkins Woodruff Spectrum Award for Education. In 2009, she was named one of South Florida’s 25 Most Influential Women by the South Florida Business Journal.

She holds a Master of Business Administration from Nova Southeastern University, and an Executive Education Program Certificate in Strategic Perspectives in Non-Profit Management from Harvard Business School. 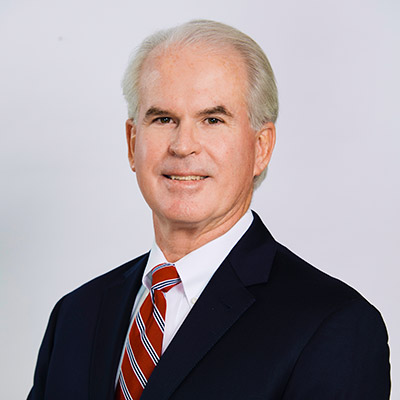 Mark Dissette leads the Foundation’s efforts to cultivate and foster innovative systems-level and community-driven solutions aimed at reducing health disparities and creating health equity in low-income and minority communities across the South Florida region. He joined the Foundation in 2021, after 36 years at Holy Cross Health in Broward County, where he most recently served as Senior Vice President and Administrator, overseeing an acute care facility as well as an ambulatory care campus, outpatient surgery center and a network of urgent care, physical, occupational and aquatic therapy centers. Dissette also served as Holy Cross Hospital’s Chief Strategy Officer, during which time he developed and implemented the organization’s strategic, facilities and marketing plans, which resulted in more than $750 million in capital expansions including the start-up of a multi-speciality physician group practice, the launch of a managed care organization and the establishment of a primary care clinic for low-income and vulnerable community members. He currently serves on the Broward Regional Health Planning Council, Florida’s Voice on Development Disabilities and the Orange Bowl Committee. He has also been involved with the Broward County Homeless Initiative Partnership, the Light of the World Clinic in Broward, and the Florida Hospital Association. He holds a Master of Business Administration from the University of Miami, and a Bachelor of Health Services from Florida Atlantic University.

Xinia Thompson joined the Foundation in January 2001. Previously, she worked as Office Manager at Mount Sinai Medical Center in the Business Office and Accounting Department. She began her career in Costa Rica working as a bilingual executive secretary for Canadian firm Torneca S.A. She attended the National University of Costa Rica, where she earned an associate’s degree in general studies. Xinia has lived in the United States since 1986, and now resides in Miami and with her husband and dog, Lola.

Alecia Dillon joined the Foundation in 2021 and is leading all financial functions including accounting, audit, treasury, financial reporting, tax, and investor relations. Her background includes fourteen years of executive financial operations, most recently serving as the CFO for Northern Arizona University’s Foundation, where she oversaw a $350 million-dollar endowment and $12 million-dollar annual operating budget. Previously, she held leadership positions in accounting, finance, information technology and human resources with the University of Michigan Athletics, Capital Group (American Funds) and Brickley DeLong. She currently serves on the board of I Demand Access, which works to empower and educate women in Malawi. Alecia holds an Executive MBA from The University of Michigan and a BA from Grand Valley State University in Grand Rapids, Michigan. She received the prestigious designation of Certified Public Accountant (CPA) and holds the endorsement of Executive Positive Leadership from the Ross School of Business at the University of Michigan.

Lucero Gronquist joined the Foundation in 2019. Previously, she worked at Miami Bridge Youth and Family Service as the organization’s staff accountant. She began her career as an accounts payable assistant with General Motors. She received her degree in public accounting from Antonio Nariño University of Colombia. She resides in Miami.

Janisse Rosario Schoepp, M.P.H., Ph.D., who joined the Foundation in 2004, is Vice President of Strategy.  She guides the development and implementation of new approaches and initiatives that advance the Foundation’s health equity agenda. She also serves as a thought leader internally and externally, informing the Foundation’s overall direction, strategic partnerships, and investments in the community. Schoepp has been an integral part of the Foundation’s strategic planning, program development, research and evaluation. She worked to establish the South Florida Anchor Alliance, an initiative to engage regional institutions, such as hospitals and universities, in community wealth-building strategies to address the social determinants of health. She was selected to be part of the Young American Leaders Program at Harvard Business School. Previously, she worked at the Stempel School of Public Health and Social Work at Florida International University. Schoepp holds a Master and a Doctorate of Public Health, both from Florida International University. 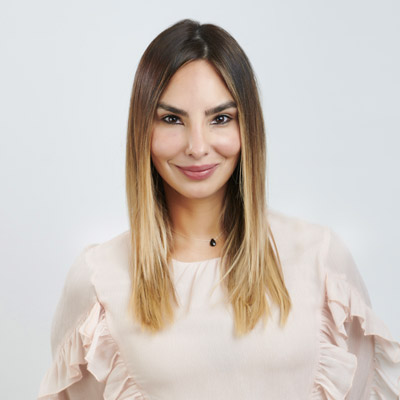 Any Karina Balza oversees the Foundation’s grants management system. Responsible for the system’s integrity and data, she also provides support for the intake of grant applications as well as the management of grant processes and activities. Prior to joining the Foundation in 2017, Balza worked at the University of Miami School of Medicine, providing financial grant management support for sponsored research accounts and projects. She received her bachelor’s degree from Florida Atlantic University, and a master’s degree in engineering from Simon Bolivar University in her native Venezuela. She began her career as risk analyst in the oil and gas industry. She lives in Miami with her husband and daughter. 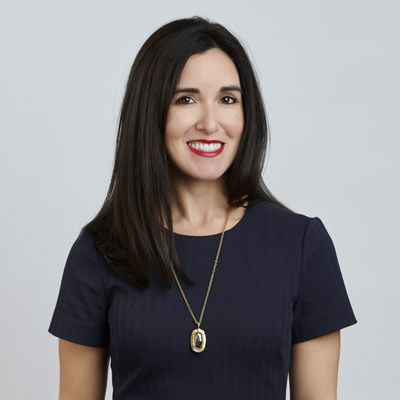 Natalie Castellanos joined the Foundation in 2018. Prior to the Foundation, she served in several roles developing Florida International University’s medical-legal partnership, most recently as an assistant professor in the medical school’s Department of Humanities, Health and Society. Before joining the medical school faculty, she was a health care access attorney with the FIU College of Law’s Clinical Program. Castellanos’ career centers on inter-disciplinary approaches to advancing health equity, and she is passionate about supporting collaboration across non-traditional health partners, such as lawyers and grassroots community organizations. Castellanos earned a Bachelor of Science in psychology from the University of Florida, a juris doctor degree from the FIU College of Law, and is a member of The Florida Bar. She lives in Miami with her husband.

Fernanda Kuchkarian, MPH supports the development, management and evaluation of the Foundation’s grantmaking. She works with the Foundation’s leadership to help develop and implement strategic goals, and to assure programs and activities are aligned with the organization’s mission, vision and guiding principles. She joined the Foundation in 2015 as a Program Officer overseeing investments in primary care and behavioral health. Kuchkarian began her career at the University of Miami Miller School of Medicine, where she worked for 11 years on various public health initiatives, most notably implementing a telehealth research program at the world-renowned Ryder Trauma Center. She also consulted with a start-up telehealth company to provide specialty tele-consultations and education to remote civilian and government medical facilities. A native of São Paulo, Brazil, Kuchkarian has lived in South Florida for more than 30 years. She holds a master’s degree in public health from the University of Miami Miller School of Medicine as well as a business certificate from the School of Business Administration.

Eliane Morales joined the Foundation in 2004. Previously, she worked at Mount Sinai Medical Center for 14 years, having served four years as the Dental, Radiology and Pathology Medical Residency Coordinator. She received her bachelor’s degree in English and Portuguese from Rio de Janeiro State University.

Debra Annane, M.A., M.P.H., joined the team in 2022 as Program Officer, focused on expanding the Foundation’s goals for co-developing health equity projects and tackling non-medical drivers of health. Debra’s interdisciplinary career began with producing news and documentaries for the Miami Herald, Orlando Sentinel, and Discovery Communications. In 2005, she transitioned to public health and behavioral medicine, working in research management at University of Miami (UM) Miller School of Medicine on projects to evaluate health education, prevention, and survivorship among underserved patients. Most recently at Columbia University’s Mailman School of Public Health, her experience has included implementation of evidence-based interventions in organizations. Certified through Brown University as a mindfulness-based stress reduction teacher, Debra has taught and developed psychosocial programs for patients, clinicians, students, veterans, at-risk populations, and the general community for the past decade. She serves as Adjunct Instructor of Mindfulness in Public Health and Medicine at UM, as a board member of The Humanity Project, and consults nationally on projects to increase diversity and cultural acceptability of mindfulness-based programs. Debra is from Kingston, Jamaica and grew up in South Florida. She received her undergraduate education in Anthropology from Florida State University, holds master’s degrees in Journalism (University of Texas at Austin) and Public Health (University of Miami), and is a long-time yoga and meditation practitioner.

Patricia Jones, M.A.,, joined the Foundation in 2022 as Program Officer/Data & Grants Management. She has more than 14 years of professional experience in the nonprofit sector. Patricia previously served as the Director of Data Systems and Grants Administration at Covenant House Florida, where she led the agency’s public and private grants/contracts and internal/external databases. She is a graduate of Leadership Broward Class XXXVII, which is designed to help expand skills and enhance knowledge of local and state issues, as well as leverage individual passion to make positive changes in the community. Patricia holds a B.A. in International Studies and Geography/Regional Studies and a Master’s in International Administration from the University of Miami.