Health Foundation of South Florida (HFSF) President and CEO Dr. Steven E. Marcus today announced his plans to retire from the Foundation at the end of 2020. 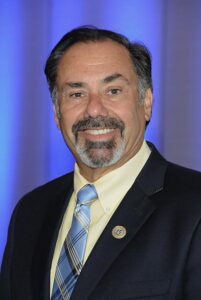 Dr. Marcus joined HFSF in 2000 and since then has overseen the investment of more than $100 million in initiatives to promote a culture of health for residents in Miami-Dade, Broward and Monroe counties—programs and efforts that have helped improve the lives of millions South Floridians.

Board Chair Everett Wilson has formed a search committee, which has already hired Fort Lauderdale-based executive search firm StevenDouglas. Dr. Marcus will remain at HFSF until the end of the year to help ensure a smooth transition.

“Steve is a champion and a pillar in our community—a towering voice for those who all too often are not afforded the opportunity to lead a healthy life. He leaves behind a legacy of which we can all be proud,” Wilson said. “The Board of Directors is deeply grateful for his exceptional leadership, and we wish him only the best in this next chapter.”

Under Dr. Marcus’ guidance, HFSF became South Florida’s leading voice in health philanthropy. In 2016, he received the Robert Wood Johnson Foundation/National Recreation and Park Association Award for Health Equity, recognizing individuals who successfully implement a systems-change approach to reduce health disparities in their community. That same year, Miami-Dade County received the Robert Wood John Foundation’s Culture of Health prize, and Dr. Marcus played a key role in helping secure the prestigious designation. In 2008, he led the Foundation’s effort to launch a strategic initiative called Healthy Aging, which helped more than 38,000 older adults age strong, and paved the way for the establishment of the Age-Friendly Miami-Dade collaborative. During his tenure, the Foundation also supported the creation of the Live Healthy Community Partnerships initiative to reduce poor health outcomes in the City of Miami Gardens and in the Little Havana neighborhood by engaging community residents to improve selected public health indicators.

Most recently, Dr. Marcus ushered in a series of transformative practices that fundamentally changed the Foundation’s approach to philanthropy: he established a collaborative grant-making process in which community organizations work hand-in-hand with Foundation staff to co-develop initiatives, a move that opens the door for more effective and productive partnerships and supports the development of leaders across communities. In addition, he helped to navigate the Foundation’s strategic shift away from the funding of direct service programs toward seeking to change and directly address the entrenched economic and community conditions at the root of health inequities.

“I’m incredibly proud of all we’ve accomplished as a Foundation, and never have these accomplishments mattered more than now, during these unprecedented times,” said Dr. Marcus. “Our efforts to reduce disparities and create health equity in low-income and minority communities is more needed than ever. And I believe our staff, as well as our board, is fully equipped for it. This organization is ready and right for the opportunities and challenges that lie ahead.”

Prior to joining HFSF, Dr. Marcus served as Executive Vice President of the Mount Sinai Medical Center Foundation in Miami Beach. He began his fundraising career as a capital campaign consultant for American City Bureau in Chicago, which is also his hometown. He received his Doctorate in Higher Education Administration from the University of Georgia in Athens, his Masters in Higher Education Student Personnel Administration from Ball State University in Muncie, Indiana and a B.S. in Education from the University of Missouri in Columbia.

Health Foundation of South Florida’s roots trace back to 1960, when Cedars Medical Center of Miami was founded as a charitable hospital. When the majority interest of the hospital was sold in 1993, the proceeds were used to create and endow the Foundation as a grant-making institution. Since then, it has awarded more than $131 million in grants.

All inquiries about the executive search should be made directly to Matt Beck, Senior Vice President at StevenDouglas at mbeck@stevendouglas.com.