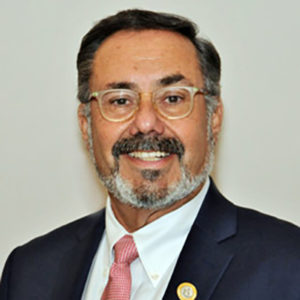 As President and Chief Executive Officer of Health Foundation of South Florida for nearly two decades, Steven Marcus, Ed.D. advances the Foundation’s mission of being an investor and catalyst for policy and systems change that improves the health of South Florida communities.

Under the leadership of Dr. Marcus, the Foundation is launching strategies to drive social change and become more collaborative in achieving the shared community goals. With his emphasis on convening health leaders and stakeholders on a local, state and national level, the Foundation is increasing cross sector alliances and laying the framework for lasting change and impact.

Dr. Marcus is also shaping new Foundation initiatives, which includes resource deployment based on social determinants of health, with a primary focus on community development, housing and economic prosperity programs. Under his guidance, the Foundation, which awarded over $125 million since 1993, is instrumental in bringing together anchor institutions and forming the South Florida Anchor Alliance.

Other initiatives where his vision led to impact include the five-year Healthy Aging Regional Collaborative, which helped over 38,000 older adults age strong and paved the way for Age-Friendly Miami-Dade. His passion for partnerships inspired the Live Healthy Community Partnerships initiative, with premiere partners the neighborhood of Little Havana and the City of Miami Gardens.

Dr. Marcus is the recipient of numerous awards including the Robert Wood Johnson Foundation/National Recreation and Park Association Award for Health Equity. He is Past Chairman of the Board of the Florida Philanthropic Network, member of Miami Foundation Advisory Board and an active participant in Leadership Florida.

Prior to his current position, Dr. Marcus was the Executive Vice President of the Mount Sinai Medical Center Foundation in Miami Beach, Florida. Dr. Marcus began his fundraising career as a capital campaign consultant for American City Bureau in Chicago, Illinois, which is also his hometown.